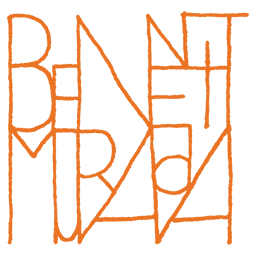 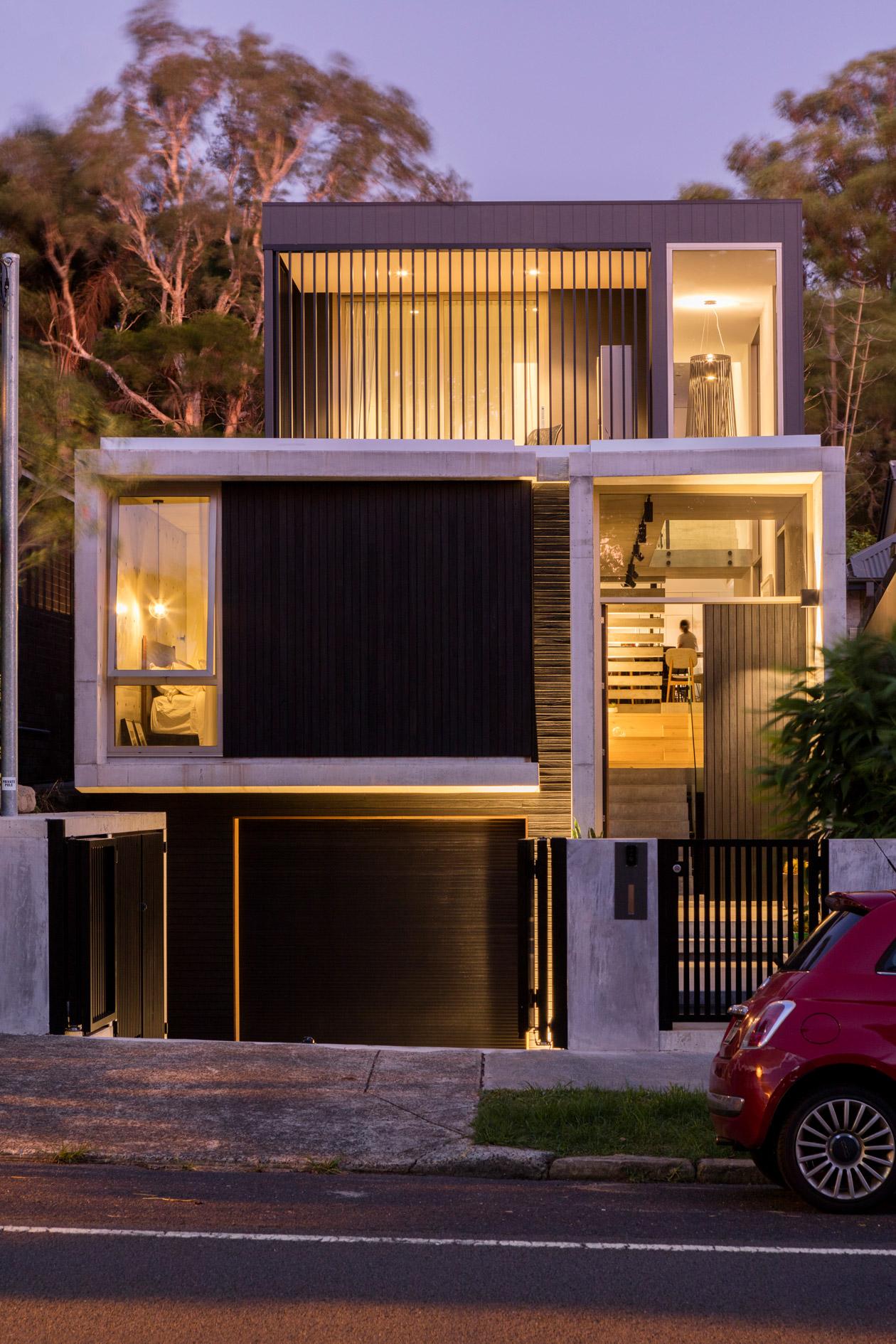 Leichardt is known for its varied collection of homes, with numerous tiled pitched terracotta and steel roofs. And while the former home on this site was of a type, there were according to Bennett Murada Architects, more walls that were being earmarked to be removed than being saved.

So, rather than try and ‘stitch’ on a new wing to the 1950s brick cottage, well past its use-by date, the decision was made to build a new house, one that responded to a couple with two young children. One of the owners operates a commercial glazing business, while his partner is an interior designer. Both were looking for a more honest industrial feel, where finishes, such as concrete, are expressed rather than concealed behind plaster.

The Leichhardt house, spread over three levels (including half levels) includes three bedrooms, separate guest accommodation and two living areas, one for the children, the other functioning as a parents’ retreat. As the house is orientated to the north along one of the party boundaries (with a 1950s brick warehouse now partially covered in vines), the decision was made to create a kitchen and dining area on the middle level – complete with a generous eave for sun protection. While many seek open plan living, the decision was made at the outset to provide spaces that could allow the family to separate, as well as come together. 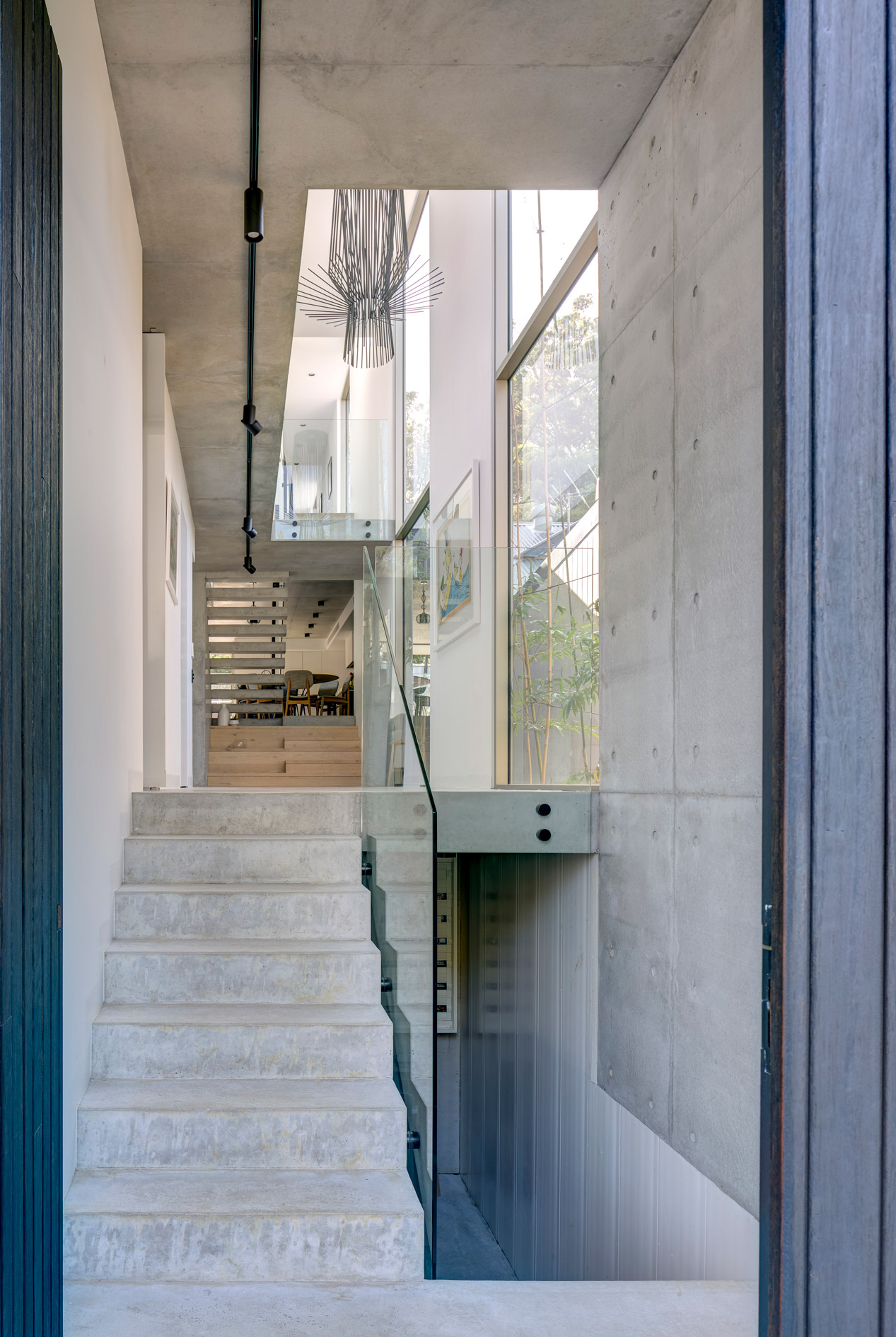 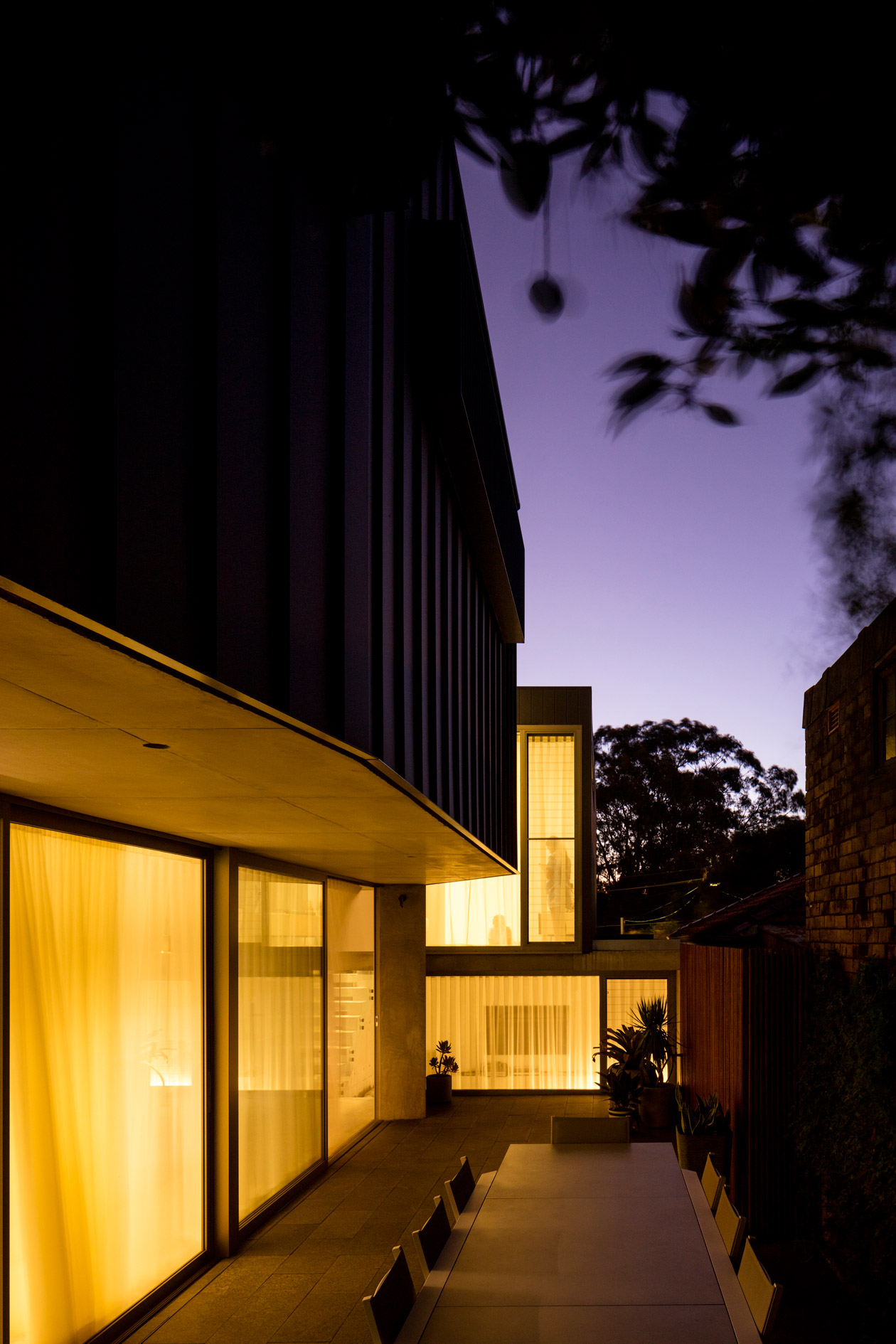 A void/circulation spine to the south, can be partially seen from the street, with the stair treads created as both ‘floating’ concrete treads, as well as timber in part to add texture to the composition.

Unadorned concrete walls appear throughout, including the main bedroom and, in the more enclosed areas, such as in the ensuite to the main bedroom, there are soft pearlescent grey tiles. Given the owner’s connection with commercial fit-outs, there’s also a large dose of commercial finishes throughout. And while children are often paid lip-service when the initial briefing occurred, these children enjoyed being part of the process, making drawings of what they expected their bedrooms and other nooks to look like, as well as regularly joining their parents for site visits.

Although this is a spacious and functional family home, it’s on a relatively narrow block, only six metres wide and similar to a single-fronted Victorian terrace. However, unlike these terraces, or the 1950s cottage this home replaced, it features fluid and interconnected spaces that also allow the children to bring friends home – something that’s becoming more common even into young adulthood with children staying at home for longer. 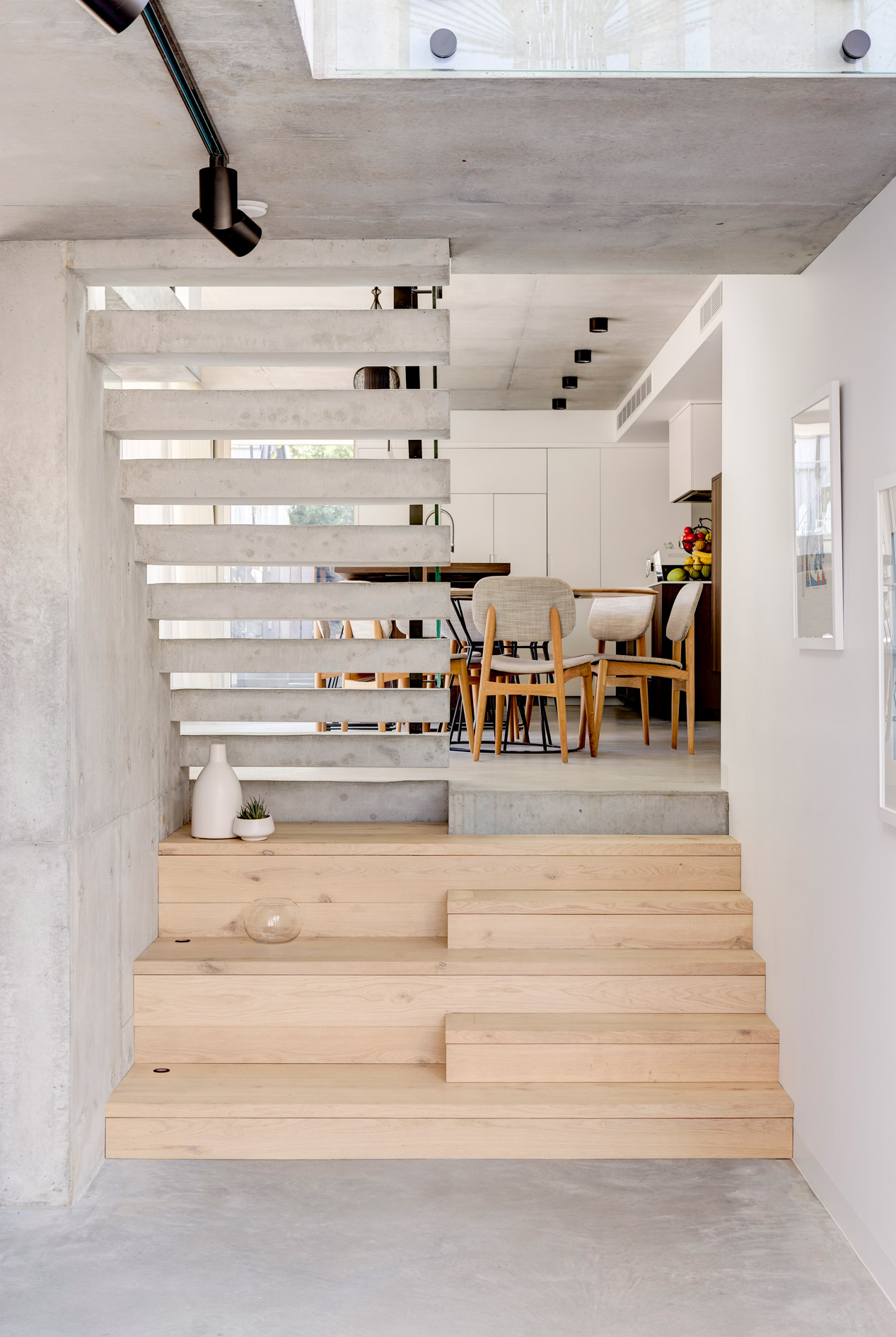 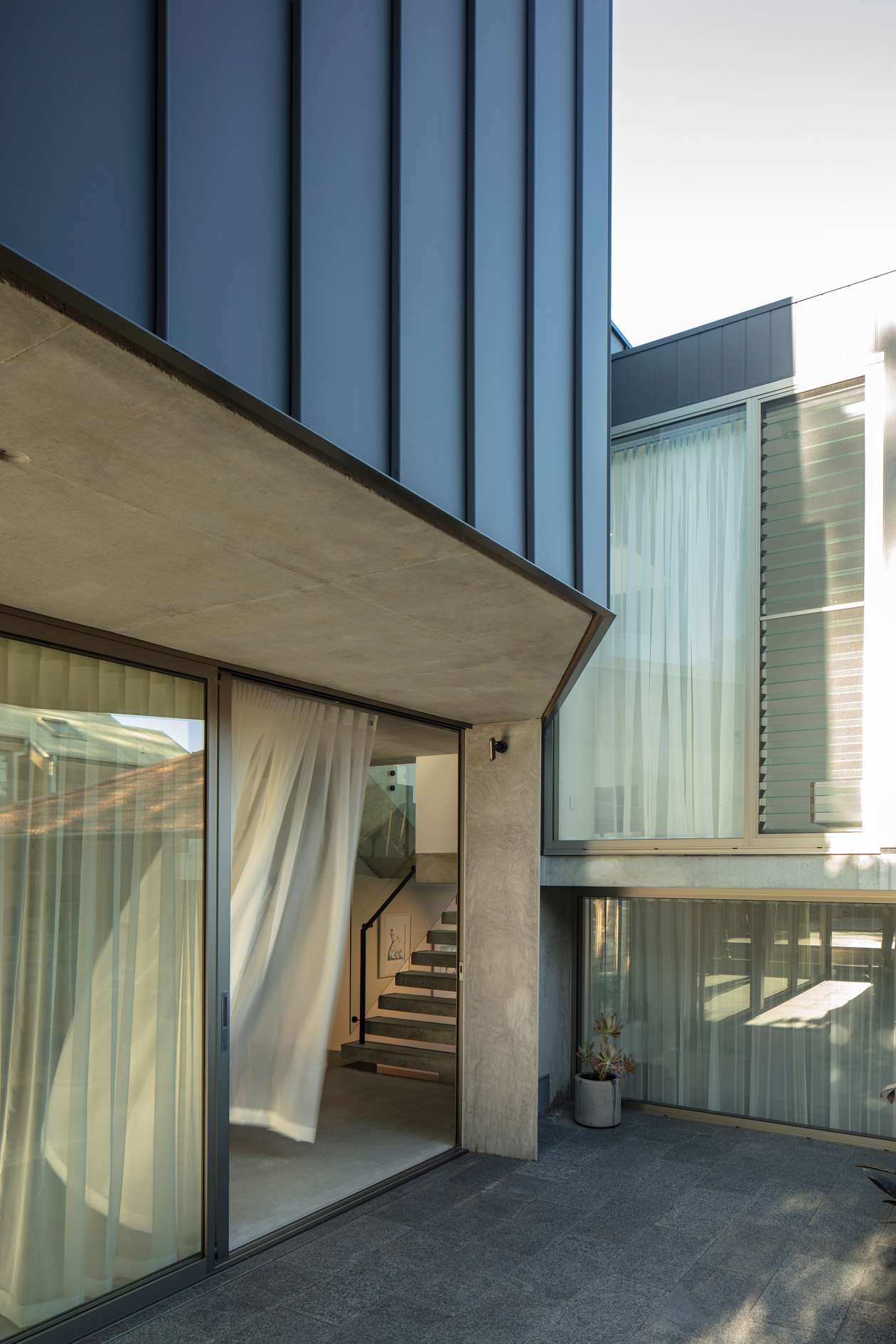 Given a brief to explore the possibility of applying the Complying Development Housing Code to our property, Bennett Murada delivered an outstanding design concept that challenged our thinking but provided the best use of space on a small Inner Sydney block. The end result has delivered us an amazing new family home that has exceeded all expectations, whilst not being imposing, yet architecturally beautiful. As a team Bennett Murada were along side us throughout the whole design process and also asssited is during construction by reinforcing our ideas whilst maintaining the foundation of the design. We could not recommend more highly Bennett Murada for any future architectural projects.
Mark O'Connor
Back To Top